The tator tots at the Cornerhouse in Port Angeles, Washington are perhaps one of the best things I've ever tasted. I say this without reservation, and include in my list having eaten at the French Laundry in Yountville, La Super Rica Taco in Santa Barbara, and any number of fine dining establishments in the SF Bay Area and beyond. They were crisp, with a spectacularly light and soft interior, a sweet, bright potato taste. A bit oily, but not greasy. I was literally speechless after I bit into the first one. 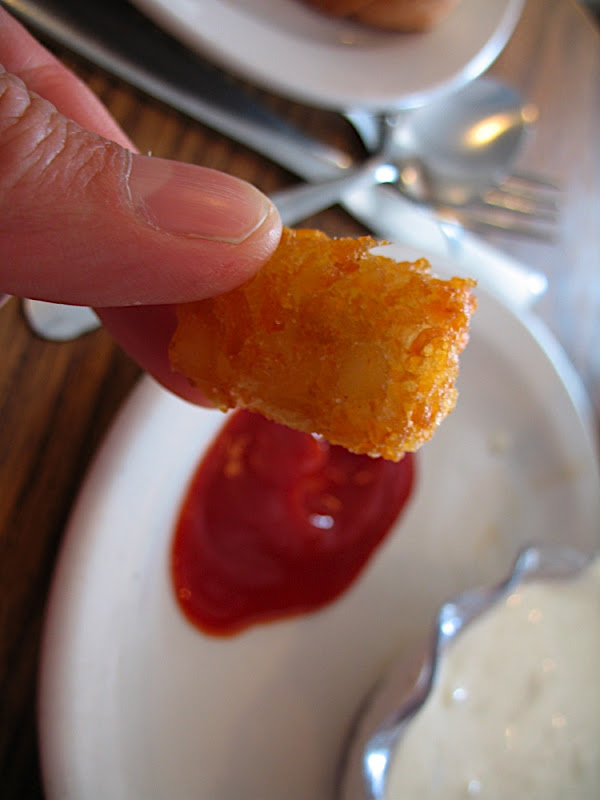 The Cornerhouse is a really good traditional coffeeshop, with a large menu. We went there because it was packed with locals and it had a good bustle.

I also really enjoyed the sign next to the "cocktail lounge", i.e. room with bar, posted by the Sheriff citing an ordinance disallowing guns in this place. All the "no guns" signs I've ever seen in a bar were posted as jokes, not printed on lime green paper, with city codes and legal langauge.
at 11:12:00 PM