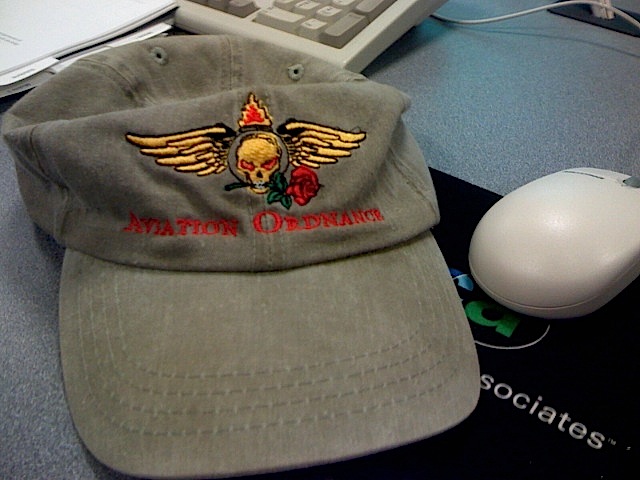 JM's hat has a flaming skull.

He's is a really super-eccentric character. For the first, oh 2 or 3 years that I worked with him, I was always semi-afraid to talk with him. He used to engage in what I came to call confronsations, a combination of a confrontation and a conversation. They started with him approaching, carrying a large slab of papers marked up in yellow and bright red scrawled printing, and saying something (loudly) like "Your code has a problem in it. Here is the evidence." And then shove this pile of paper into one's face, while standing very close.

I believe long ago, in Vietnam, he was a missile loader on a ship in the Navy. I think that's what his hat is about. He listens to talk-radio in his cube and says incredibly inappropriate things about just about everybody.

He used to eat a lot of really low grade junk food every day, year in and out. This gave him the rank stench that can only be caused by mounds of fried beef slowly metabolizing in a sea of gut bacteria and then seeping, through layers of tissue into the airspace of the general public. Then, a health problem scared the hell out of him and forced him to throw his diet into a relatively healthier gear. After that, and after his wife had a little girl, he rapidly changed into a much more pleasant person. He's still basically nuts, and is pretty funky, but he's actually kind of likable, by and large.

He wears hats all the time. He has a pretty big collection of them. They tend to be in the realm of the military and the patriotic.

A long time ago, during a tedious meeting I drew this picture of him on my Palm Pilot: 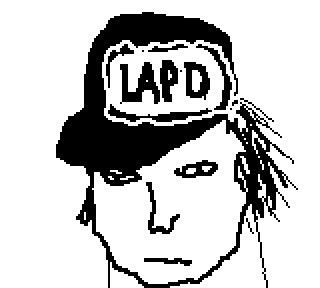